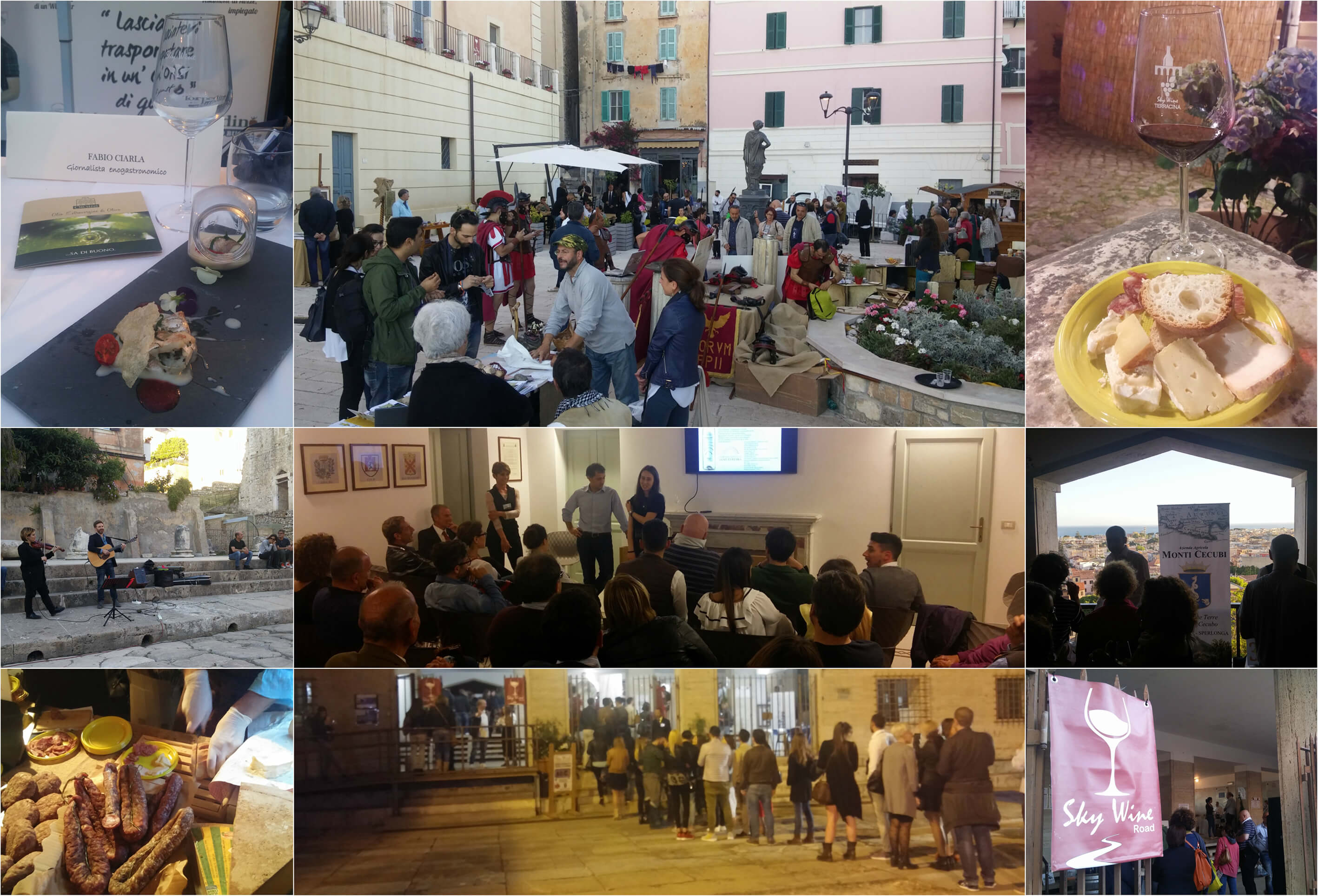 In 2017, SkyWine, the most important and most well-attended eno-gastronomic event in the province of Latina (and in southern Latium), raised the stakes, with an initial happening from May 13-15 in Terracina titled “Rediscovering local grape varieties”, and a second that will take place from July 8-10 in the village of Fossanova dedicated to “Whites and Sparkling Wines”. In both cases, Enoagricola is the event’s official blog, with a partnership that’s been going strong for years and with my personal attendance virtually since the first edition!

It’s now the thirteenth anniversary for “Gradazione 13”, the organizers of the event who, after the first location in Latina’s skyscraper, switched the venue to charming villages in the countryside. In July, SkyWine will be held in the medieval town of Fossanova, where the eponymous monastery stands near Priverno; whereas in May the views of the sea from the historic center of Terracina made the event a particularly special occasion.

This year’s event, centered on local products—but also on those of other parts of Italy and abroad—includes consideration of specific topics and an entire day dedicated to operators in the food and wine industry. In Terracina, local grape varieties took center stage, with conferences by enologists and producers on technical matters of general interest and concerning such varieties as Bellone, Nero Buono, and Abbuoto, to name a few. Food was also on display, with cooking shows and the “Filo Master Chef” competition among students of the “A. Filosi” Institute in Terracina; an exciting, high-quality event given the young age of the participants. As always, the location of the stands and attractions was varied: Palazzo della Bonifica, Palazzo Comunale and Palazzo del Vescovado. A special mention goes out to the traditional food items that were made available (and, thankfully, also for purchase), by “Le Fils du Povre” of Cabourg, a French twin-city of Terracina. Salamis and sausages, but above all exceptional cheeses, wines, and aged Calvados: a true pleasure and a perfect touch of class.

Shortly it will be Fossanova’s turn to host sparkling wines, with tastings of Prosecco, Franciacorta, Champagne, Trento and “bubblies” from the local area. Specialists will speak exclusively on the topic of technical approaches; for example, one of the most difficult enological practices, that of the difference between Charmat-Martinotti and Classical Method production. The day reserved for operators in the food and wine sector is Monday, July 10, with a chance for restauranteurs, wine shops, and distributors to meet with producers in the Auditorium–Infermeria dei Conversi between 11am and 5pm.

What else can I say, except “Let’s go to Fossanova!”