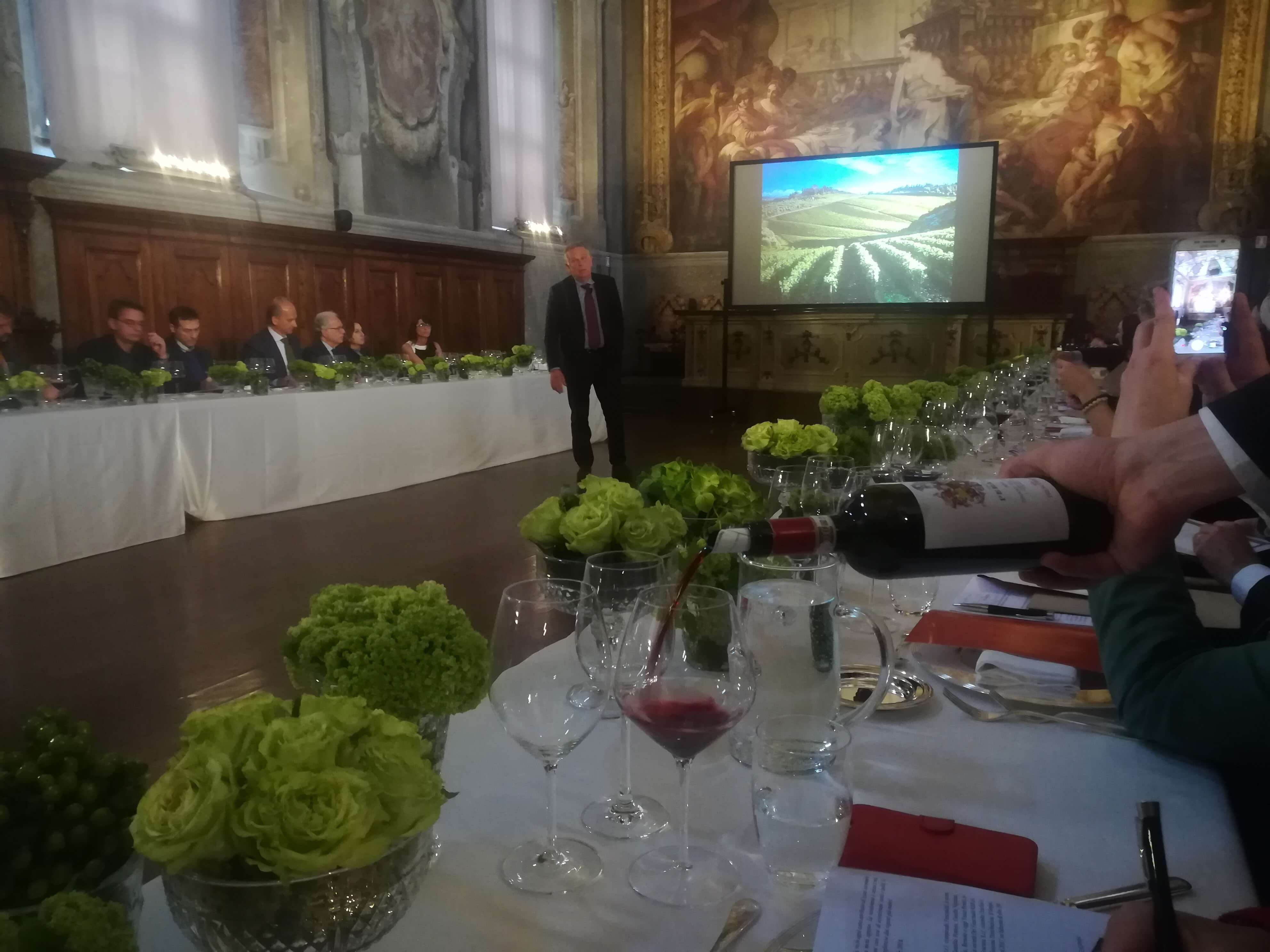 Perano – Frescobaldi, a high-altitude Chianti Classico thanks to a natural amphitheater

“For us, it was like a black hole; we’d pass by without ever stopping. We waited a long time, but we wanted to get in from the front door.” These are the words of Lamberto Frescobaldi, president of the group of the same name, and the “black hole” was Chianti Classico, arguably the only historic territory in Tuscany that the company hasn’t been involved in. Until now.

The “baptism” of the Tenuta Perano took place last April 10 in Milan, in the exceptional Museo della Scienza, with all company executives present. The estate is located primarily in the township of Gaiole in Chianti, which produces Chianti Classico in 52 of its 250 hectares. “The choice of Milan”, according to Giovanni Geddes da Filicaja, the Gruppo Frescobaldi’s chief executive, “is predicated on this particular moment in history for the city, which is undergoing a sort of new Italian Renaissance, like Florence in the 1400s”.

The history of Tenuta Perano is less than straightforward. The final acquisition was the result of three years of leasing and an auction. An obstacle course tied to an earlier property, which was plagued with legal entanglements, despite the fact that the winery had been equipped with the most avant-garde technology in the vineyard and the cellar. And so Frescobaldi made their way officially into Chianti Classico, despite having “looked over” these vineyards in the past: “The first time I went to Perano was with my father, – said Lamberto Fresdcobaldi – it was the 1980s and back then the estate was part of a larger property owned by the Strozzi family which included Castello di Meleto. It didn’t interest us at the time. In 1992, we went back to have a look, but there were hardships and we let it be. In 2008 we returned, but the cost was prohibitive. In the end, we decided to invest by leasing the estate year-by-year in 2014. We ended up owning it just recently when it went up for auction. We’re so committed to this project that Tenuta Perano will be our first wine to bear the family coat of arms. In the Tenuta Perano we intend to produce exclusively Chianti Classico”.

To complicate things – if financial and legal complications weren’t enough – altitude played a role, as Frescobaldi’s winemaker, Niccolò D’Afflitto made clear: “I grew up in Chianti Classico, and I’ve been with Frescobaldi since 1991. Since then we’ve visited 20 or 30 wineries to get a foothold in this magnificent territory. Ultimately, there was always a problem, often regarding the pedoclimate. Even the Perano Estate didn’t convince me 100%: situated at 500m above sea level, I thought it was too high to produce full-bodied Sangiovese wines. But we didn’t consider the ‘amphitheater effect’”. The amphitheater is the layout of the vineyards in the Estate, a natural stage capable of countering the effect of altitude, with an abundance of light and a concentration of warmth. A Chianti Classico that unites the olfactory elegance of the higher altitude with body, itself a consequence of the perfect maturation of the grapes, grown in skeletal soil and with steep slopes.

The two inaugural labels presented in Milan were from 2015: Tenuta Perano Chianti Classico 2015 and Tenuta Perano Chianti Classico Riserva 2015, given that 2014 was an insufficient year for production. The wines have been commercially available since April, 2018, and the Chianti Classico Gran Selezione – sourced from a single vineyard – will be available in 2019. Tenuta Perano thus enters the seven other Frescobaldi estates in Tuscany (Castello Pomino, Castello Nipozzano, Tenuta Castiglioni, Tenuta Castelgiocondo, Tenuta Ammiraglia, Remole, Laudemio) and the Attems estate in Collio, located in the Friuli-Venezia Giulia region of Italy.