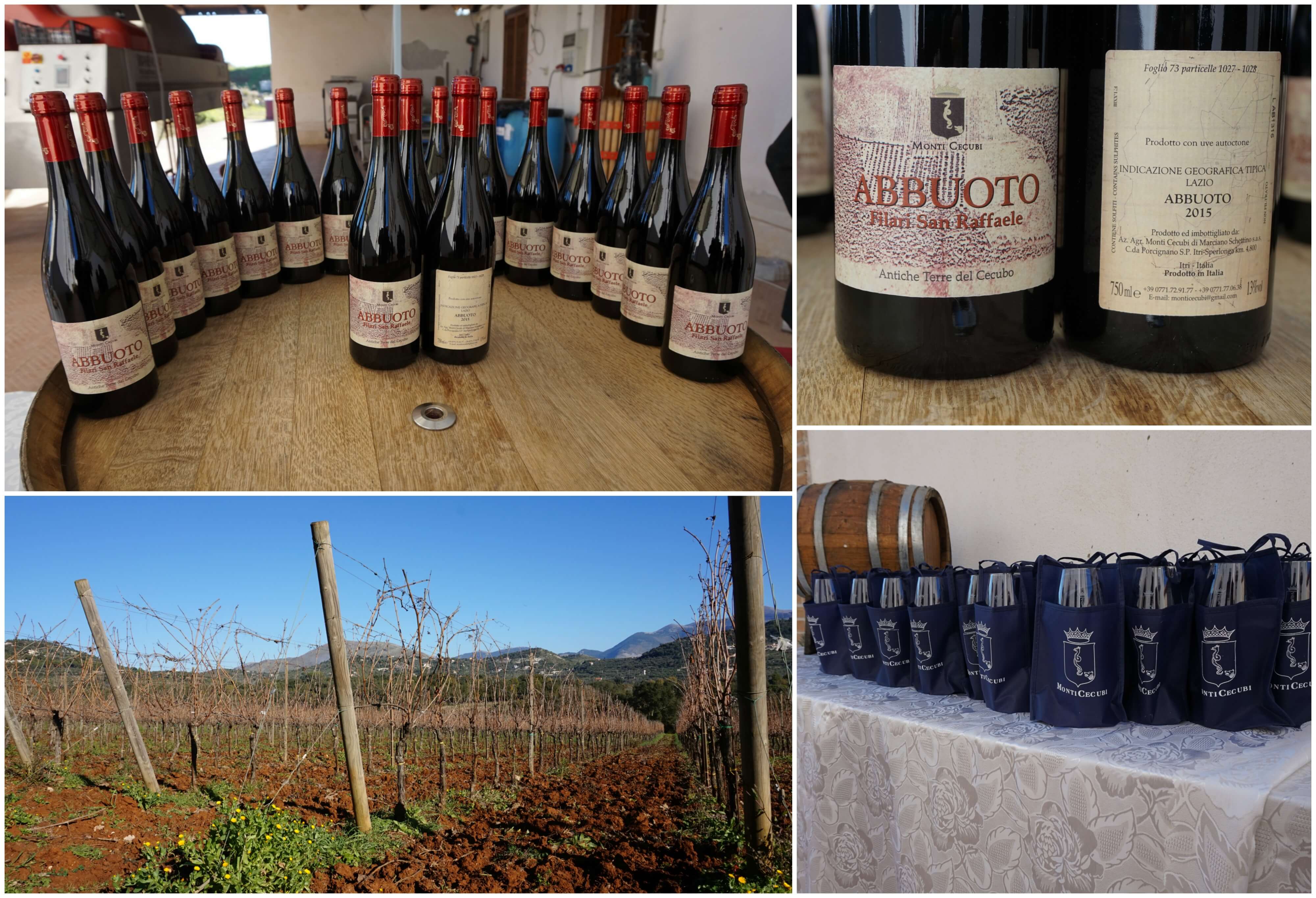 Monti Cecubi Winery, the Myth that reinvents itself . . . with a glimmer of hope

With 100% Abbuoto grape from the producer Monti Cecubi, we’re immersed in a territory that was famous in antiquity, but that’s lost its fame in recent centuries. Cecubo, along with Falerno, were the most important wines in ancient Roman times. Both were produced in a vast and hilly area between modern Latium and Campania, along the ancient Appian Way. There, among hills and forests between the towns of Itri and Sperlonga, Marciano Schettino founded his business with great passion. This region, in part economically depressed, is currently undergoing a certain renaissance, thanks to people like Marciano.

The estate, which is constantly growing, currently spans approximately 150 hectares: 20 of which are vineyard; 6, olive grove; and the rest forest and fields. In the winery, which is currently under expansion, we find such interesting wines as Thymos, Dracontion, Amyclano, Vinum Caecubum (of course), and the most recent: Abbuoto, from the eponymous red grape. To present its new label, Monti Cecubi organized an event in mid-December with its many followers: a joyous occasion that is a testament to how the business is becoming an economic and cultural reference point in an area in need of a clear identity, “sandwiched”, as it is, between tourism along the coast and the challenges of the agricultural areas—part fields and part animal breeding—in the hills. Cecubo hasn’t just been reinvented, it’s become a source of inspiration. An opening has been made, so to speak, and it’s now up to others to follow through with similar products tied to the ancient traditions of the area and indigenous grape varieties. Nonetheless, Monti Cecubi must continue to assert itself, given both the quality of its wines and the cultural choices that support them.

Abbuoto represents much more than a new label: It’s the debut of an idea that’s as fascinating as it is challenging to pursue. First, because we’re dealing with a native wine grape variety with limited use and significant constraints for cultivation, but also because the winery realizes that the potential of a prestigious history is within its grasp. Abbuoto was one of the most important grape varieties of the famous Vino Cecubo in Roman times, and traces of its history don’t end there. To discover them, it took Chiara Fabietti, a young winemaker from Velletri (40 km from Rome), who doffed her laboratory work clothes for those of the library researcher. It was she who uncovered the first modern references to Abbuoto: in the “Traité general de viticulture: ampélographie” (1909), written by the French agronomists Pierre Viala and Victor Vermorel; in 1934, there is a description in the historic magazine “L’ortofrutticoltura Italiana” by Gaetano Serao; whereas in 1964 an ampelographic dossier appeared in a volume edited by the Italy’s Ministry of Agriculture and Forests titled “Principali vitigni da vino coltivati in Italia”, by V. Prosperi, A. Pirovano, and B. Bruni. In this last reference, a clone was used for the classification of the grape variety from the ampelographic collection at Velletri’s Cantina Sperimentale — not an unusual choice, given the importance of this research center. In more recent times, the Lazio Region included Abbuoto in its A.R.S.I.A.L publication “Varietà Locali Tutelate” or “Risorse genetiche sotto tutela” (2000). So just how is this Abbuoto wine? Not bad, not bad at all. It’s from 2015, organically produced in the San Raffaele area in Fondi (within the historical production zone for this grape variety), with a yield of just 7000 bottles from two hectares of cultivation. We tasted a medium-bodied red, with a very elegant bouquet, lively on the tongue with robust acidity, probably capable of polishing its tannin with a few more months of ageing (for now, the process is limited to large barrel ageing after vinification in steel).

Besides bearing in mind the continual growth of this enterprise, I also recommend a personal visit to the winery, within easy reach from Rome. I suggest following the scenic route along the ancient Appian Way, passing through the town of Itri and then veering toward the coast until you reach Masseria Schettino. After your visit, having taken in the Mediterranean aromas from these somewhat barren areas that transport you back to faraway times, the road swings again toward the coast. After a few turns you find yourself overlooking the sea around Sperlonga, among green hills devoid (fortunately) of modern constructions. On a good day, a blue strip and a radiant horizon will complete the notion of excellence so dear to the ancient Romans who frequented these areas in search of relaxation and fine wine.

>>> Download - PDF - Monti Cecubi Winery, the Myth that reinvents itself . . . with a glimmer of hope