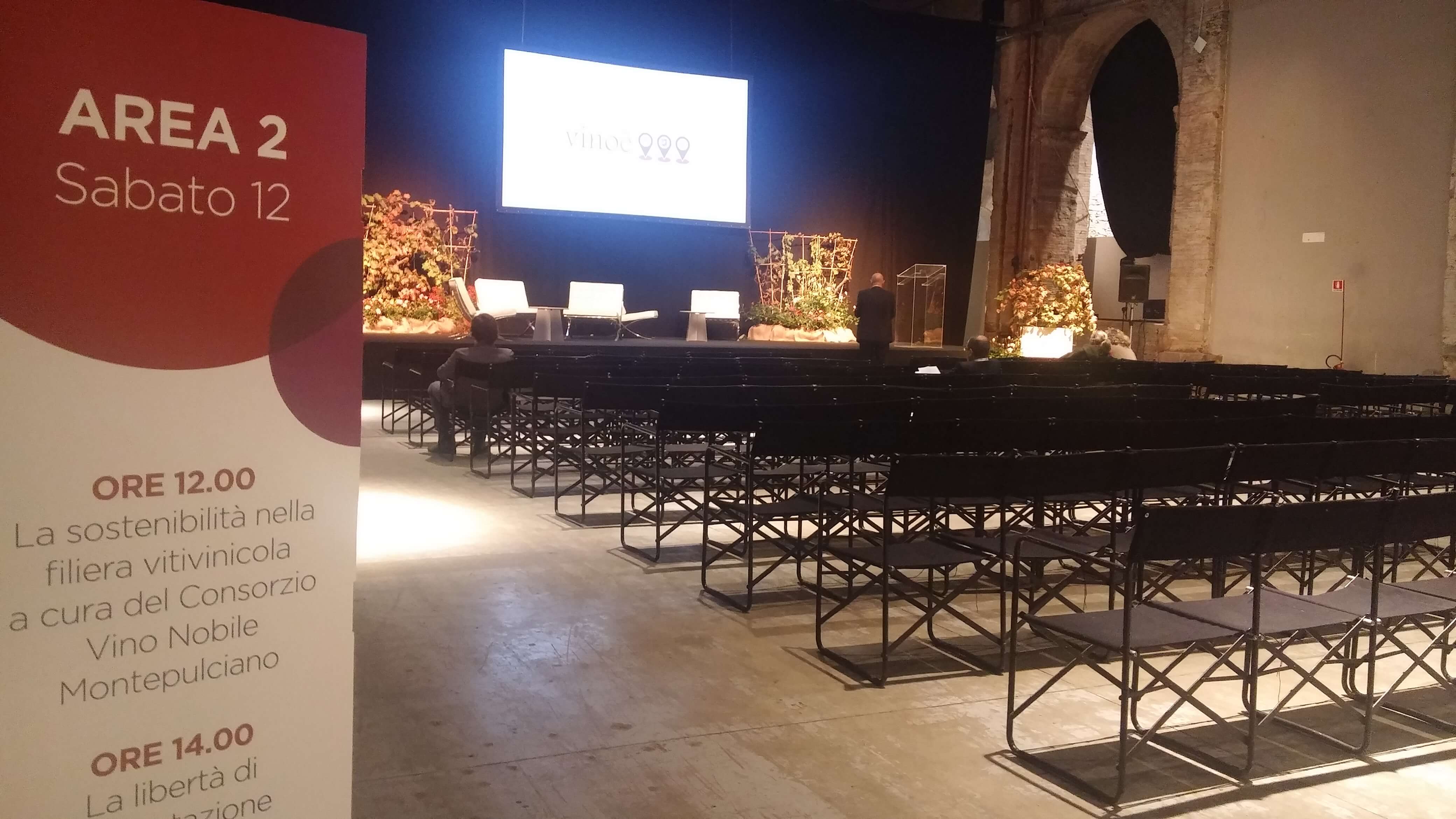 First a carbon footprint project and then, in just two years, an environmental sustainability strategy based on a proposal that can be used by small and large companies alike. The Consortium of Vino Nobile di Montepulciano is at the cutting edge of environmental awareness, and the preview of its new wines, which has just concluded, has made this awareness increasingly clear. The Consortium made one of its first public appearances at “Vino è” (‘Wine is’), a national event sponsored by FISAR and held in November, 2016 in the Leopolda Station in Florence. At the conference, titled “Sustainability in the supply chain of wine-growing and wine-producing”, the following participants were present: Paolo Solini, the Consortium’s director; Andrea Rossi, mayor of Montepulciano; Umberto Di Matteo from the Department of Sustainability Engineering at Università Guglielmo Marconi; and Stefano Biagiotti from Rural Quality and Development. Upon the stage, where I moderated the panel, the guidelines were formulated of a strategy ten years in the making, when a private company from Montepulciano (la Salcheto) began a green conversion process that has since distinguished it among the top “off-grid” wineries in Italy.

The comprehensive sustainability project promoted by the Consortium of Vino Nobile di Montepulciano, evocatively termed “SOSTE-NOBIL-ETÀ” (‘SUSTAI-NOBIL-ITY’), seeks to establish the guidelines of the entire production process; not just one or a few of its aspects. In technical terms, according to Stefano Biagiotti, the challenge is to work on all indicators of sustainability: from the carbon footprint, to the labor process, to social value, with reference to the economy and biodiversity as well. But this isn’t the only innovation going on in Montepulciano. Equally important is the involvement of the entire area, so that broad benefits can be reaped. The logic of a “district” applied to wine, but one that could be easily extended to all types of production in the area, as acknowledged by Mayor Rossi.

Of course, with this commitment to sustainability, the Consortium hopes to target the market as well, as Director Solini indicated. Marketing a sustainable supply chain is an interesting challenge, above all if it manages—as is hoped—to create a label certification with just such a distinction. In the meantime, the Consortium is strong, thanks to the four thousand producers and forty international buyers from the Buy Wine project that were present at the 2017 Preview, in what was a difficult year, though not as tragic as 2014 was believed to be. For those who prefer stars, four have been assigned to the 2013 Reserve and three to 2014, with many surprises. Here is a Denomination that continues to produce about 10 million bottles per year: in 2016, seven million bottles of Vino Nobile were produced and 2.5 million of Rosso di Montepulciano. The positive atmosphere continued with the announcement that the city and the Consortium have finally regained possession of the Fortress, which is a worthy venue for events as important as this.