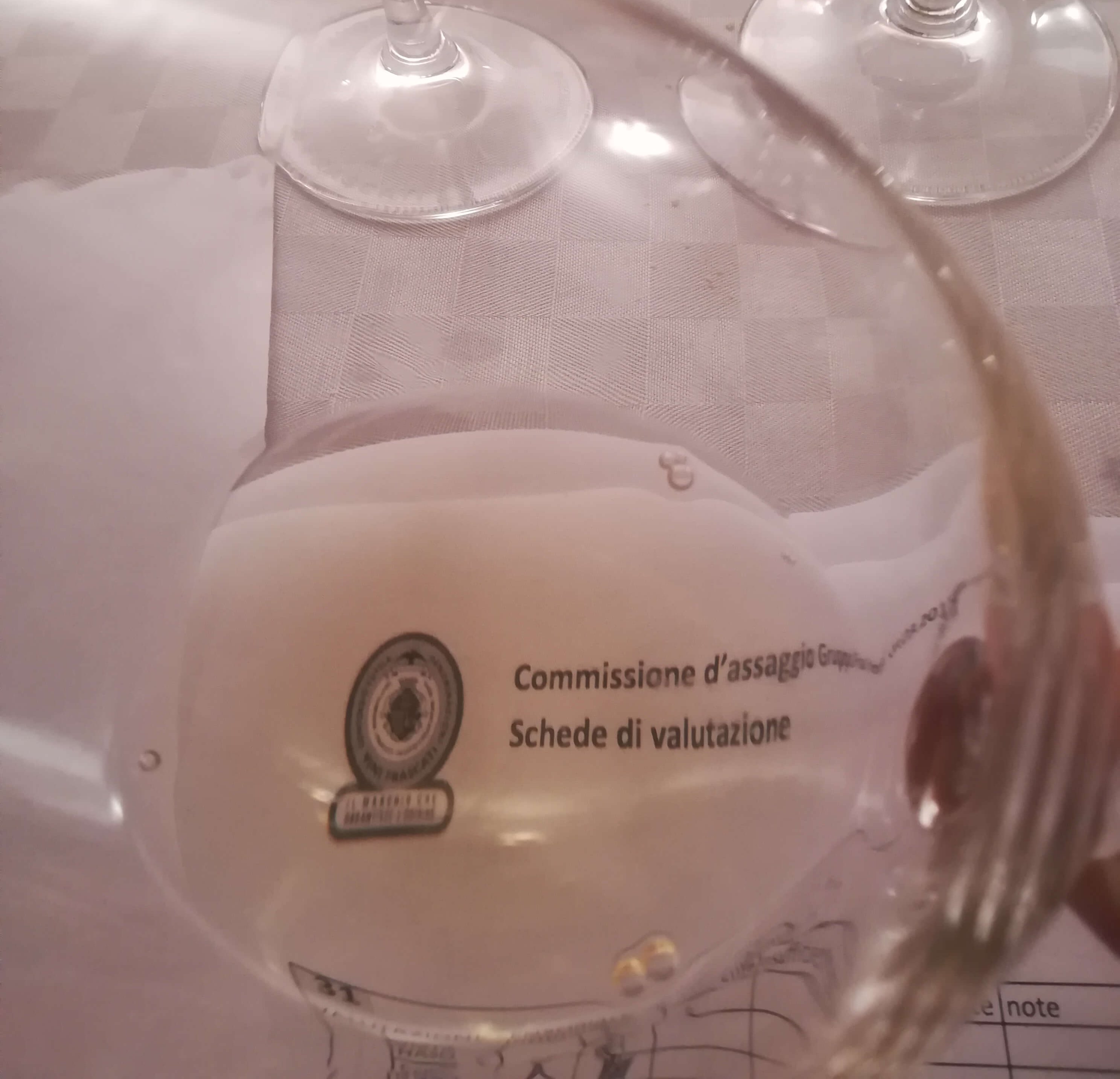 Frascati: A blind tasting to appreciate the progress of a territory

Without a doubt, Frascati represents a piece of the history of Italian wine, but it’s also something akin to a faded nobility unable to redeem itself once and for all from a cumbersome, albeit precious, past. In recent times, the territory has grown; in terms of size, thankfully, but more important, in terms of quality, with several growers who have been inclined to return to wine production. Year after year there have been several restrictions in terms of yield per hectare imposed by the Consortium (Consorzio Tutela Denominazioni Vini Frascati), and equally significant has been the possibility since 2011 to produce Frascati esclusively with Malvasia del Lazio (the production guidelines currently establish 70% “minimum” Malvasia del Lazio (puntinata) and/or Malvasia bianca di Candia). We’re in the midst of a legislative “possibility”, but it is, in any case, an important sign. The growers continue to take advantage of the variety of soils and the constant ventilation, which arrives from the sea and travels as far as the Valle del Sacco, and to exploit the variations in altitude as well, which range from 25 meters a.s.l. to more than 600 meters a.s.l.

In order to understand where Frascati is headed, the Consortium organizes what we might call “panel tests” with groups of experts and businesspeople working in the sector. I had the honor of promoting one such meeting, inviting sommeliers and journalists for a blind tasting of 36 varieties among Frascati DOC, Frascati Superiore DOCG (as well as some Riserva), and Cannellino DOCG. Why a blind tasting? It was the Consortium’s choice, which I wholeheartedly embraced, given that some producers’ names could have conditioned our evaluations; but, even more important, it was the conviction that the territory should emerge, and with it, its characteristic traits and a sense of average quality. The goal was reached, with intriguing tastings among the full range of typologies, which overall were satisfactory. The spumante was enjoyable, as were a few varieties of Cannellino (among 4), though these in particular varied widely in terms of residual sugar and concentration; some off-dry and others more similar to dessert wines. This variation is reflected in the fact that Cannellino can be found in 500ml bottles, but also in standard 750ml bottles.

Let’s now turn our attention to the Frascati wines, with a few surprises among renowned producers and new entries, given that at the conclusion of the tasting all of the sources were revealed. Considering my professional collaboration with one of the producers, I prefer not to discuss their wines (which, to be honest, I did not “recognize” during the tasting; all things considered they didn’t “finish” so poorly either); instead, I’ll refer to the highest point scores for each wine classification.

Frascati DOC 2016: the first point to make is that this vintage is a bit “old” given the classic consumption trends of Frascati wines. Pleasant and lively the “Villa Simone”, crafted by its eponymous producer: a true Frascati in my opinion, with all of the savory and acidic qualities required of this wine. Considering that these wines are normally consumed several months’ earlier, it may be useful to consider extending their “expiration date”.

Frascati Superiore DOCG 2016: top position shared by Cantine Conte Zandotti and Agricoltura Capodarco’s “Philein”, both very expressive, easy-drinking wines, but also complex. The DOCG classification, overall, received the highest marks, indicating that it is at its top potential and, in some cases, still capable of evolving.

Frascati Superiore Riserva DOCG: tasted with three products from 2016 and one from 2015. Hands down, the best was the 2015 “Luna Mater” produced by Fontana Candida, which is part of the GIV (Gruppo Italiano Vini) group, owner of fifteen historic Italian wine estates; this fact alone proves that it is not impossible for large producers to make fine wines. “Luna Mater” also succeeds in debunking the myth that white wines produced in Lazio (Latium) have little or no longevity, with its balanced concentration, crispness, hints of Mediterranean flowers and a valid persistence.

With small and large producers alike, old faces and newcomers, Frascati is a distinctive reality, but also one that escapes interpretation. There are never simple solutions, but the concerted decision to work toward creating a positive image on the market seems to be the right one.

>>> Download - PDF - Frascati: A blind tasting to appreciate the progress of a territory

Una replica a “Frascati: A blind tasting to appreciate the progress of a territory”