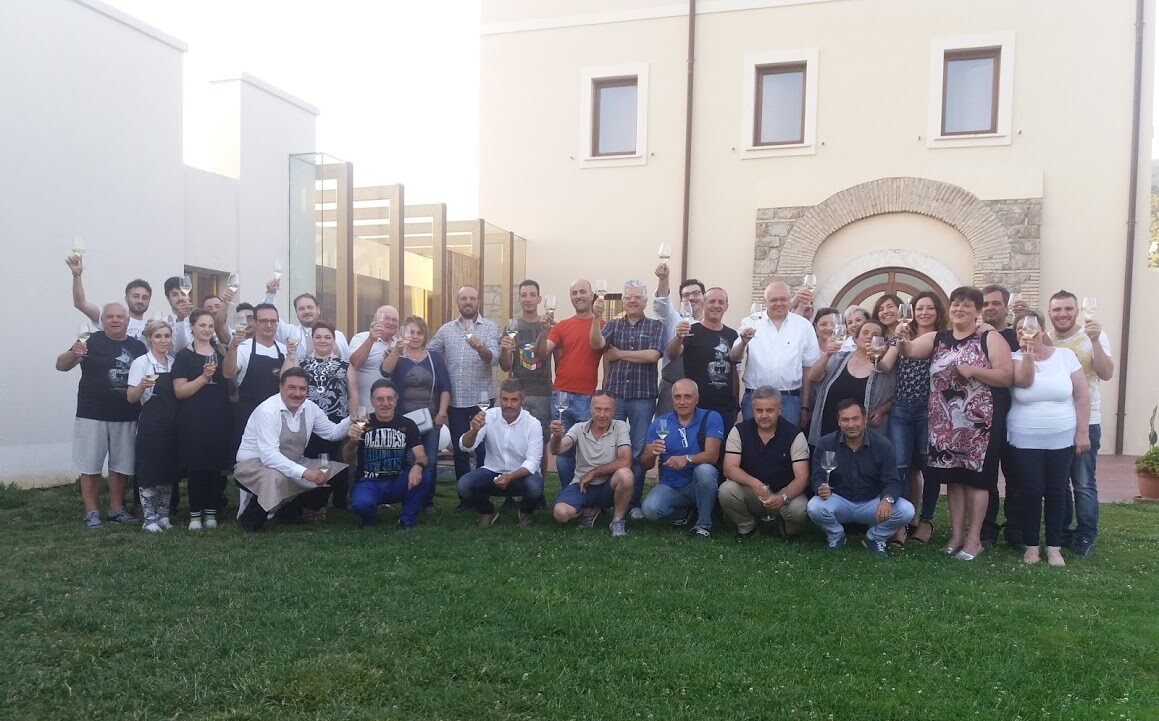 Based in Cori, Cincinnato celebrates 70 years as a solid cooperative

This is the phrase on Cincinnato labels, and with these words the cooperative was founded, which in these final days of 2017 is winding up its first 70 years of activity. A lot of water has flowed under the bridges since that day . . . or rather, wine has flowed in the tanks, and now more than ever Cincinnato seems to be growing, with several new initiatives on the table. All of this in an atmosphere of incredible cordiality and strength, as demonstrated by the recent reappointment of the Board of Directors, confirming the will to move forward in the same collegial spirit.

The numbers, the recognition and the awards all speak volumes about the work carried out thus far. The firm and clear plan to focus on native grape varieties has made this cooperative in Cori a unique example that others are seeking to replicate. Last year’s production increased by more than 10%, with over one million bottles. But Cincinnato is not complacent: their new product to be unveiled during the next Vinitaly, a monovarietal traditional method (Bellone grape) spumante, will join the already well known Charmat method spumante. One step forward, or higher, as they excel in terms of research and quality.

The increase in production (based on approximately 550 hectares distributed among 130 members) has proceeded lockstep with an extension of their distribution, as Cincinnato is now found in nineteen countries across the world. The top four in terms of quantity are Japan, United States, Holland and Canada. New markets were opened in 2017 in Lithuania and Luxembourg.

The result of wise decisions over the last twenty years, their growth in terms of recognition should not be underestimated. Consumers identify Cincinnato and its capacity to produce wines with an exceptional quality-price ratio. This connection is borne out graphically in the company’s renewed image, with innovative labels and bottles that have given the cooperative a vital boost. Accolades abound, not only for their agriturismo in Cori, but also in important reviews from abroad; namely those in Vinous by Galloni – D’Agata, but also Jancis Robinson, some of the most important and influential figures in international wine criticism.

Cincinnato’s future? Favorable, but also more organic, given recent rumors of forthcoming plans of this cooperative that continues to amaze for its strength, and as a confirmation that those “ten growers” that founded the cooperative were far-sighted.

>>> Download - PDF - Based in Cori, Cincinnato celebrates 70 years as a solid cooperative

Una replica a “Based in Cori, Cincinnato celebrates 70 years as a solid cooperative”