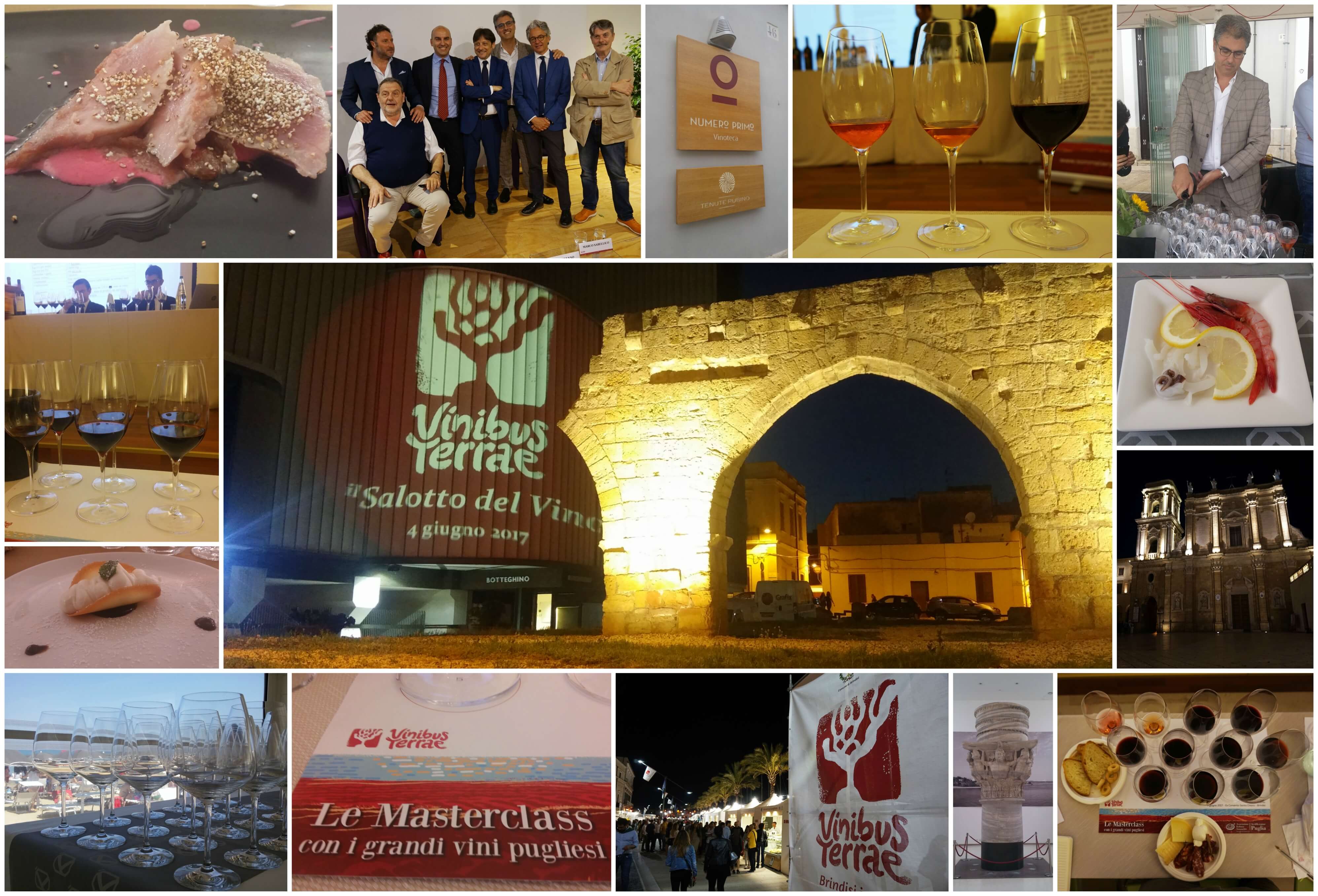 We were four friends in a café…

“We were four friends in a café, who wanted to change the world…”*
The four friends I’m talking about (not Gino Paoli in the song) are Luigi Rubino, Pierangelo Argentieri, Teo Titi and Giuseppe Danese. These four entrepreneurs were with me in Brindisi, and each is committed to his own goal – wine, the first; tourism, the second; sailing, the third; and motor-boating the fourth. They all decided to transform their words into actions, founding Consorzio Discovery and inaugurating a series of wide-ranging events with the goal of revitalizing their city and inserting it in quality tourist circuits.

The first “mixed” event organized by these gentlemen was Vinibus Terrae, which was held in the city from June 2nd to June 6th. It was a “mixed” event, combining wine and deep-sea sailing, and ushering in the historic regatta Brindisi-Corfù (June 7-9) organized by Teo Titi, now in its 32nd year. Luigi Rubino, founder of Tenute Rubino, ran the portion of the event dedicated to wine and managed to involve in the early June event important names in the world of wine such as Othmar Kiem, director in Italy of the German language magazine “Falstaff”; Filippo Bartolotta, collaborator with Decanter; the founder of the Vinoway website, Davide Gangi; and one of Italy’s most famous chefs, Gianfranco Vissani.

What is Vinibus Terrae? An evocative and beautiful title (Apulia in Italy is called “Finibus Terrae”: the end of the land in Latin language), a mixed event with a “food and wine experience” area, open in the evening to wine enthusiasts along the Regina Margherita promenade. Three technical wine tastings in the ex-Santa Chiara convent, an institutional conference in the Palazzo Granafei Nervegna, and an evening gala event in the foyer of the Verdi theater titled “Il Salotto del Vino” (‘Wine Salon’).

Vinibus Terrae: the wines – For the technical wine tastings organized in collaboration with AIS Puglia and guided by Giuseppe Baldassarre and the guests mentioned above, the four friends involved a group of wine journalists (myself among them) headed by Marco Sabellico, director of Gambero Rosso’s Guida Vini d’Italia. An interesting experience that took us on a journey of discovery among the various wine territories in Apulia, with a focus on local grape varieties, including lesser known ones.

Here are some reflections on specific varieties:

Negroamaro – Whether rosé or structured red wines, it’s difficult to get this grape variety wrong if the work is done properly in the vineyard and in the winery. The wines that we tasted were full bodied with olfactory notes that were sometimes complex, surprising balance in some cases, followed by a long finish. I suggest two options: traditional Salento rosé IGP Negroamaro Rosato “Diciotto Fanali” 2014 by Apollonio, and Salice Salentino DOC Riserva “Vigna delle Monache” 2012 from the Cantina Cooperativa Sampietrana (excellent price/quality comparison).

Primitivo (same grape to “Zinfandel” in USA) – In terms of quantity, it’s the most widespread red grape variety used in winemaking in Apulia, with Negroamaro close behind. Wines produced with Primitivo are perhaps the most quintessentially Apulian, distinguished by a distinctive quality that makes them unmistakable upon the first sip. They are both round and elegant, but must be well managed in order to avoid excessive sweetness on the nose and in the mouth. I suggest two options, from two different areas: Primitivo di Manduria DOC “Es” 2015 by Gianfranco Fino, and Gioia del Colle DOC 2013 “Polvanera 17” from Cantine Polvanera.

Nero di Troia – Perhaps the least Apulian among red grape varieties, at times it can be a bit angular despite its smoothness (and alcohol level). But it can also have much character. These are memorable and crisp wines. I suggest Castel del Monte Rosso Dop “Romanico” 2013 by Ognissole.

I returned from Apulia with many good vibes, both for the wines I tasted there – few were of dubious quality, some could have been softer, and in other cases the alcohol level could be better managed, given that market trends do not favor high levels – as well as for the wineries and the food. Brindisi, besides having a port and an airport, is an up-and-coming city. The promenade along the sea and the main street are exceptionally beautiful and well maintained, there are hotels in the mid-high quality range (Grande Albergo Internazionale and Palazzo Virgilio Hotel, to name two), and the beaches can compete within the Apulia region in terms of beauty and services (Lido Oktàgona in Punta Penne, besides being elegant, offers food options that rival some of the best restaurants).

*The citation is the first line of a famous Italian song by the singer-songwriter Gino Paoli, titled “Quattro amici al bar”.

Una replica a “We were four friends in a café…”